The EU Emissions Journey – How Did Life Become This Hard?! 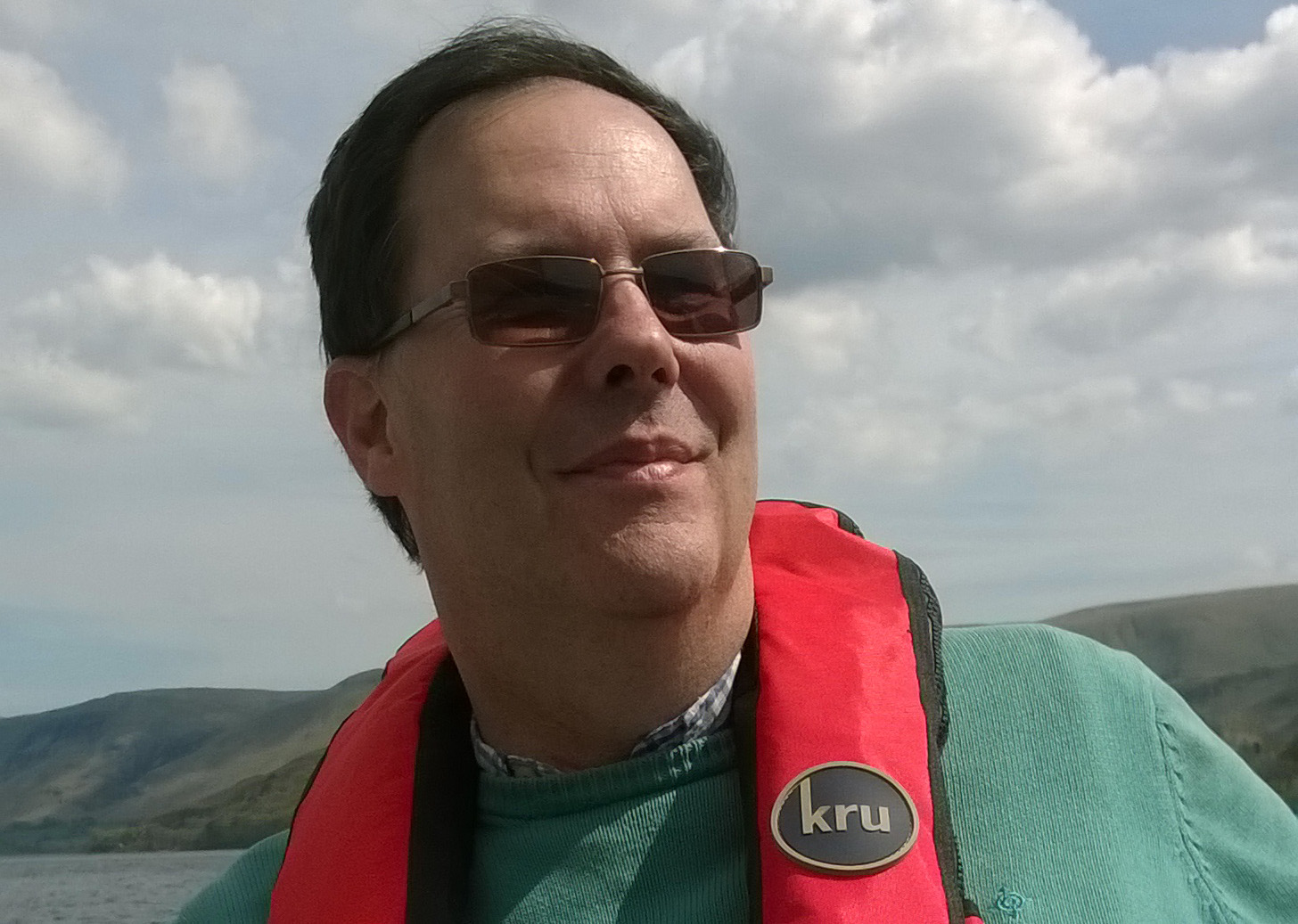 Achieving and maintaining certification for accessible vehicle conversions is becoming more and more challenging in many ways, as modern cars – and automotive regulations – become ever more complex.  One recent addition to the work-pile for second-stage manufacturers and convertors is what feels like a moving feast of emissions thresholds.

Until relatively recently, wheelchair accessible vehicle designers and converters operated successfully without ever having had to worry about emissions certification.  That was always something the base vehicle manufacturer looked after!  And yet all of us, over the last few years, have suddenly had to cope with a very fast-changing emissions certification landscape.  So why the big change?

Back in the 1990s, the EU Member States agreed on exhaust emissions levels for vehicles sold across the EU.  1992 saw the introduction of the “Euro 1” emissions standards for cars.  Euro 1 petrol cars needed a catalytic converter for the first time.  By today’s standards, the tailpipe pollutant limits were very generous – nearly three grammes of carbon monoxide (CO) per kilometre travelled and nearly one gramme of unburned hydrocarbons (HC) and oxides of nitrogen (NOx) combined. The limits for diesels were the same but, in addition, allowed no more than 0.14 grammes of particulates per kilometre travelled.

It was a whole four years before the Euro 2 emissions requirements came along, in 1996. The format didn’t really change but the limits were tightened and requirements for diesel and petrol engines started to diverge.  At the turn of the Millennium, the Euro 3 requirements were introduced.  These separated out the hydrocarbons from the oxides of nitrogen, so that automotive manufacturers had to meet specific requirements for each of them separately, rather than combined.  The regulators also removed the warm-up period from the test, which meant that the total pollutants included those emitted from a cold start, before the catalyst was up to temperature. This had the effect of reducing the pollutant limits significantly even though the headline limits were little different.

It was another five years before Euro 4 came along, in 2005.  By now, the carbon monoxide limit for cars was one gramme per kilometre – just over 1/3 of what it was for Euro 1. Limits for unburned hydrocarbons and oxides of nitrogen were similarly reduced. The requirements for diesels also became tougher – although concessions were given on oxides of nitrogen – which has always been the Achilles Heel of the diesel engine.

In 2009 saw Euro 5 limits introduced, with the most significant consequence being the need for a diesel particulate filter to further reduce soot particles dispersed by diesel combustion.  This was and remains challenging technology for low-mileage and stop-start vehicle operation - like many taxis and privately-owned wheelchair accessible cars. Note that under Euro 5, the particulate emissions limits for petrol and diesel engines were the same, at just 0.005 grammes per kilometre – nearly 25 times less than those permitted under Euro 1.

2014 saw the introduction of the first Euro 6 requirements.  By then, a considerable body of research pointed to oxides of nitrogen being responsible for several respiratory diseases. Initially seen as the environmental choice for its excellent CO2 performance, the tide of public opinion started to turn away from the diesel engine.  The Euro 6 limit for NOx (oxides of nitrogen) was dramatically reduced to just 0.08 grammes per kilometre.  This proved to be a significant challenge for the car manufacturers.  Some were forced to start using AdBlue and Selective Catalytic Reduction to achieve these tight limits for NOx.

So, there was the historic pattern, usually with four to six years between different emissions standards. Between time, the authorities would effectively negotiate with original manufacturers to push the boundaries of what was technologically possible. Once agreed, manufacturers would have a significant lead-in time in which to re-engineer engines and plan their changeover of production, to ensure all newly manufactured vehicles conformed to the new limits on emissions.

Only, it turned out, they didn’t.

Most of us will be familiar with the Volkswagen scandal.  However, that was only part of what became a perfect storm of emissions-related problems. In their enthusiasm for CO2 reduction, many governments across the EU used tax regimes to incentivise the purchase of diesel vehicles over petrol-powered cars.  These give a useful CO2 reduction and for the consumer, better fuel consumption.  However, this comes at a price in terms of air quality, with diesel contributing considerably higher emissions of NOx (the collective term for a group of gases containing nitrogen and oxygen – mainly nitrogen oxide and nitrogen dioxide).

Environmental groups across the EU, meanwhile, were detecting worsening levels of air quality in many of our large towns and cities.  Also, around the same time, medical science was awakening to the part played by NOx gases in the development or aggravation of several respiratory diseases.  The more scrutiny that was applied in this area, the more it became apparent that total vehicle emissions from cars across Europe did not reflect the theoretical levels predicted by the regulations.  In essence, the regulations were not having the intended effect on improving air quality.  This was down to a variety of factors such as:

Although the Volkswagen case was regarded as extreme, with the vehicle actively modifying its behaviour when it realised that it was being subjected to an emissions test, many (if not most) manufacturers tended to ‘optimise’ emissions performance only in the relatively narrow range of conditions checked as part of the EU emissions test.

With public support for environmental issues rising strongly, the Volkswagen scandal, combined with advancing medical knowledge about potential human harm, meant the EU suddenly had to be seen to take a much, much tougher line on reducing automotive air pollution.

New, Euro 6 regulations were already in the pipeline at this point but had to be modified hastily, with the aim of ensuring real world benefits, rather than technical improvements when measured under laboratory conditions. On the other hand, even the most advanced of manufacturers weren’t yet technically ready to meet the tough new requirements. The resulting dialogue yielded a phased approach, in which new parts of the Euro 6 regulations were introduced as soon as the industry was able to cope with them.  Broadly, these included:

This last measure, in particular, proved challenging for the manufacturers because, of course, it is not possible to control ‘real world’ factors affecting emissions – such a wind, temperature, precipitation, altitude and traffic conditions, as it is in the laboratory.  In recognition of the difficulties associated with this (and to account for the fact that the new portable emissions test equipment was still not quite as accurate as the lab-grade equipment), a ‘conformity factor’ was introduced, allowing manufacturers to be within a factor of (say) 1.5x or 2x of the requirements.

Due to the perceived public outcry, this raft of new demands was imposed on automotive manufacturers selling in Europe over a phased but much more rapid timetable than had been the case previously. Each phase was given a separate designation within Euro 6.  Unfortunately, different manufacturers often chose their own in-house designations for the different stages of Euro 6, leading to a great deal of confusion in the conversion industry.  The official designations for some of the main changes covered by the Euro 6 regulations for vehicles likely to be used as base vehicles by WAV converters are as follows:

The new requirement for In Service Compliance potentially sounded a death-knell for the wheelchair accessible conversion industry, by creating a sort of impossible, lose-lose scenario. No ‘base vehicle’ manufacturer would commit to say that their original production unit would perform as designed once a convertor had substantially changed the weight, frontal area, exhaust system, etc. Equally, no convertor would take on full responsibility for in-service emissions from an engine they didn’t make. Moreover, the financial penalties for getting it wrong were so colossal as to be potentially existential, especially for a converter.

Fortunately, some very earnest lobbying in Brussels on the part of OECVA (the Organisation Européenne des Constructeurs de Véhicules Accessibles) resulted in a last-minute easement, freeing wheelchair accessible vehicles from the ISC testing regime.   This vital work was partly supported through funding from the European Mobility Group. It’s also worth noting that the success of the WAV industry in winning this vital easement also delivered similarly crucial outcomes for ambulance and hearse producers.

Why it Still Makes Things Difficult for Converters

For original manufacturers, ensuring that current unsold stock is aligned with the latest, ever-changing Euro 6 standard has become an almost continual challenge. Add to this a need for conversion - which may add several months to final registration of the adapted car – and this challenge is further exacerbated. Second-stage manufacturers also need to constantly roll forward their Type Approval certification, in order that it keep in step with the changing certification required of the base vehicle producer for each distinct Euro 6 period of manufacture.

Fortunately, the potential nightmare of stock management during such rapidly changing regulations is acknowledged by the Commission, through a mechanism known as derogation. Member States are permitted to – and generally do –grant a derogation of 12 months (for original manufacturers) or 18 months (for second stage manufacturers), during which a car produced to an earlier Euro 6 standard may still be registered as a new vehicle. Fail to derogate, or miss the end deadline and well, the car effectively becomes scrap – unless you can access a suitable Individual Vehicle Approvement programme or sell it elsewhere in the world with less strict emissions regulations.

There you have it. From the EU’s first, tentative steps into reducing automotive pollution in the 1990s via corner-cutting exposed by the Volkswagen scandal to the fast-changing Euro 6 landscape of today, emissions regulations have come a long, long way in the past thirty years. For the disability conversion industry, disaster through In-Service Compliance testing was narrowly avoided but nowadays stock management, approval extensions and issuing of Certificates of Conformity has become hugely more demanding.

Somehow, however, we’re still very much here as an industry. I guess that’s what we converters do best – transform things from one state to another. So, here’s to the next 30 years and beyond!

​Ian Hopley is Chief Homologation Engineer at Allied Mobility and the OECVA delegate at the EU Commission’s Motor Vehicle Working Group. Together with the EMG delegate, Ian works to represent the interests of the WAV and adaptations industries in the EU.